Traces of the past: the history of Amazonian Native Americans revealed through genetics

T
cience has long sought answers about the origins and diversity of human beings. My research with Amazonian Amerindiansmakes use of genetics in a multidisciplinary context, aggregating data from linguistics, anthropology and paleoanthropology. It aims to clarify the origin of these populations, the pre-Columbian and current migration patterns, and their genetic variability (correlated with cultural patterns and environment variables). The interest in these populations is also due to the fact that many of them maintain to this day a hunter-gatherer way of life, with some beginner agriculture, typical of the beginnings of mankind. By studying Amazonian Native American peoples, by analogy, one can infer about the evolutionary trajectory of Homo sapiens.

The Amazon includes territories belonging to nine countries: Brazil, Peru, Colombia, Venezuela, Ecuador, Bolivia, Guyana, Suriname and French Guiana. Approximately 715,000 Amerindians live today in the Brazilian territory, of which 306,000 live in the Amazon. According to linguist Aryon Rodrigues, there are about 240 languages ​​spoken in the Amazon. According to UNESCO, 190 das línguas faladas no Brasil estão em perigo de extinção, a maioria delas faladas na Amazônia.

What is now known as the Bering Strait was a landmass of about 1 million km² called Beringia, which remained exposed during most of the last ice age, when sea level was 120 meters lower than today. Despite being close to the Arctic Circle, Beringia was not covered by glaciers, even during the last ice age (25-15 thousand years ago), allowing effective occupation by humans, especially in areas covered by shrub tundra. Humans may have arrived in this area more than 30,000 years ago. Its configuration as a natural bridge between Asia and the Americas places Beringia in a strategic position for the population of the Americas. However, it is becoming increasingly clear that Beringia was much more important than just a passing corridor. Humans would have lived in that region for at least 5,000 years before entering the American continent.

The mitochondrial DNA and the Y chromosome have a main characteristic that makes them important for these studies: they are passed in blocks over the generations (see the figure below). Remembering that when two individuals of our species generate a child, their DNA mixes to generate that child. But the mitochondrial DNA and the Y chromosome do not pass through this mixture, passing intact from generation to generation.

Mitochondrial DNA and Y chromosome on mutating give rise to matrilineages and patrilineages, respectively, which when traced back in the past, reveal that all the lineages present in modern populations descend from a single lineage that was part of an ancestral gene pool . Thus being useful to reconstruct the genetic history of a people.

Y chromosome and mitochondrial DNA inheritance pattern. The Y chromosome (blue) is transmitted only from man to man. Mitochondrial DNA (red) is passed from women to children of both sexes, but only women pass it on to the next generation. Modified from The

Genetic studies in Amazonian Amerindian populations are very important for a better understanding of their history and of how genes and culture evolved together. There is much more information needed to keep evolving in this field of multidisciplinary research. We will soon bring more results about the researches carried out in this area, such as prehistoric and current migration patterns, genetic variability and gene-culture coevolution of Amazonian Native Americans.

The presented text is the result of the research carried out by Rafael Bisso Machado in collaboration with researchers from Brazil, Argentina, Spain, USA and Peru. These studies were carried out since when Rafael held his master's degree. It is worth mentioning the names of the researchers who played a direct role as advisors / supervisors of the author of this work: Maria Cátira Bortolini, Tábita Hünemeier, Nelson Jurandi Rosa Fagundes. Special mention to Professor Francisco Mauro Salzano (in memoriam), who was an inspiration for studying the evolution of Native American populations. These researches had the financial support of the Brazilian federal government, through CAPES grant and CNPq.

UNESCO Atlas of the World’s Languages in Danger. (Link) 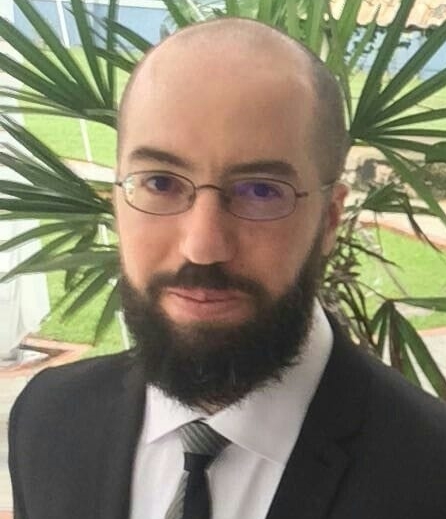 Rafael Bisso-Machado is a biologist (UFRGS), Master and Doctor in Genetics and Molecular Biology (UFRGS). He did a post-doctorate at the Genetics Department at UFRGS and was an adjunct professor at UdelaR (Uruguay). He is currently a postdoctoral fellow at PPGBM-UFRGS.

More information on Lattes and at ResearchGate.